La Salvadora Project La Salvadora is an iron oxide copper gold (“IOCG”) project located approximately 2 hours drive from Nobel’s flagship Algarrobo project where diamond drilling has recently commenced (Figure 1). La Salvadora occurs in the vicinity of the large Manto Verde (Anglo American) and Santo Domingo (Capstone Mining) IOCG deposits (Figure 2). The area is well serviced by all weather roads and can be worked year-round. The region is well established as a mining area where community support is known to be strong and there is good access to infrastructure, including electricity, water and ports or mining infrastructure in country.

The La Salvadora project is located in a very prolific mineralized belt within Chile and has highly prospective targets and copper mineralization ready to drill with a minimal amount of geophysics and geochemical work to refine the drill targets. IOCG deposits are attractive targets due to the strong copper and gold association, as well as the fact that they can extend to significant depths (more than 1 kilometer at Manto Verde for example which provides for significant tonnage seen at deposits in the area). 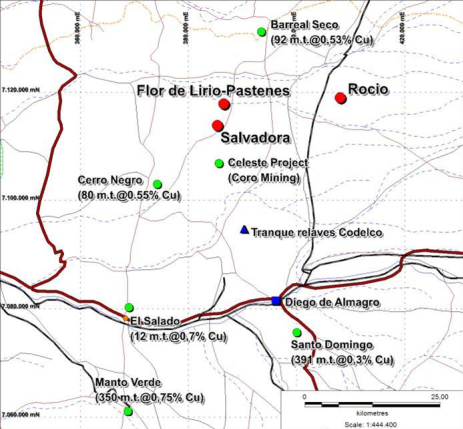 Figure 2: Location map showing the La Salvadora Project as well as major projects and operations in the region.

The Project hosts numerous copper mineralized zones and occurs in a highly mineralized district. A copper oxide zone extending 750 meters along strike and approximately 40 meters wide trending in a northwesterly direction was identified during previous work on the Project. This mineralized zone occurs on the edge of a magnetic anomaly where the only hole drilled down dip was SLVA-RC-0002 which intersected 72 meters grading 1.21% copper and 0.21 g/t gold. This is one of the very attractive targets on the property. A second distinct buried magnetic anomaly approximately 1 kilometer to the south has only a single drill hole in it (SLVA-RC-0010) which intersected 20 meters grading 0.6% copper and 0.15g/t gold at shallow depths. Both target areas are wide open for expansion. The Project is immediately adjacent to a mining operation owned by a private Peruvian mining company that is reportedly mining grades of 2% copper and toll milling at a local facility. 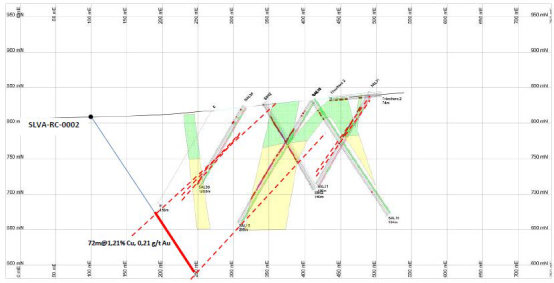 Figure 3: Cross section showing drill hole SLVA-RC-0002 down dip from where the copper oxide mineralization is exposed in trenches and intercepted in shallow drill holes. 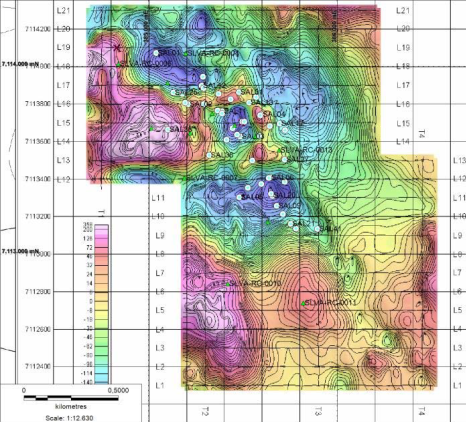 Figure 4: Magnetic map of a portion of La Salvadora showing SLVA-RC-0010 on the southern magnetic anomaly. The series of white drill holes show the distribution of near-surface copper oxide mineralizaton.