TORONTO, Sept. 01, 2021 (GLOBE NEWSWIRE) -- Nobel Resources Corp. (TSX-V: NBLC) (the “Company” or “Nobel”) Is pleased to announce that it is mobilizing to commence diamond drilling on the large targets identified on its Algarrobo copper project in Chile (the “Project”), Figure 1 (see news releases dated August 16 and June 11). The Company has laid out a minimum of 10,000 meters diamond drill program which is expected to commence on September 10, 2021. The contract has been awarded to AK Drilling, a highly reputable firm based in Santiago Chile. 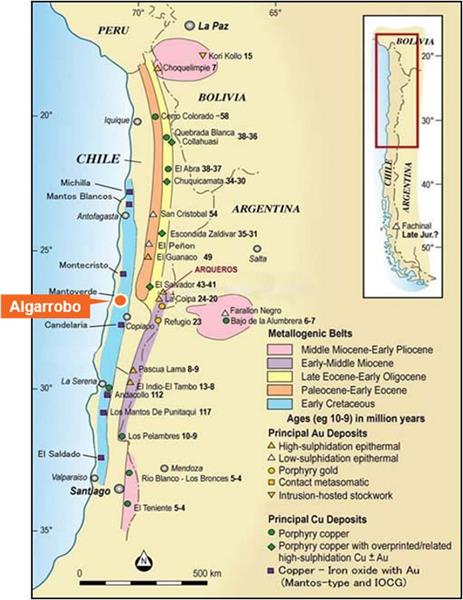 The Company is planning a drill campaign to test 5 large targets comprising magnetic and coincident IP anomalies and with associated copper mineralization identified near surface in most cases (Figure 2 below shows the targets and approximate locations of the planned drilling). The campaign will comprise 40-50 diamond drill holes ranging in depth from 100 meters to approximately 500 meters for a total of 10,000 – 12,500 meters of drilling. Given the large scale of particularly the Central Target, several long holes per section will be required to evaluate the anomalies. The configuration used for the IP survey penetrates to at least 400 meters and the anomalies persist to that depth. Typically, IOCG deposits have a large vertical extent that can exceed 1 km. The targets are as follows: 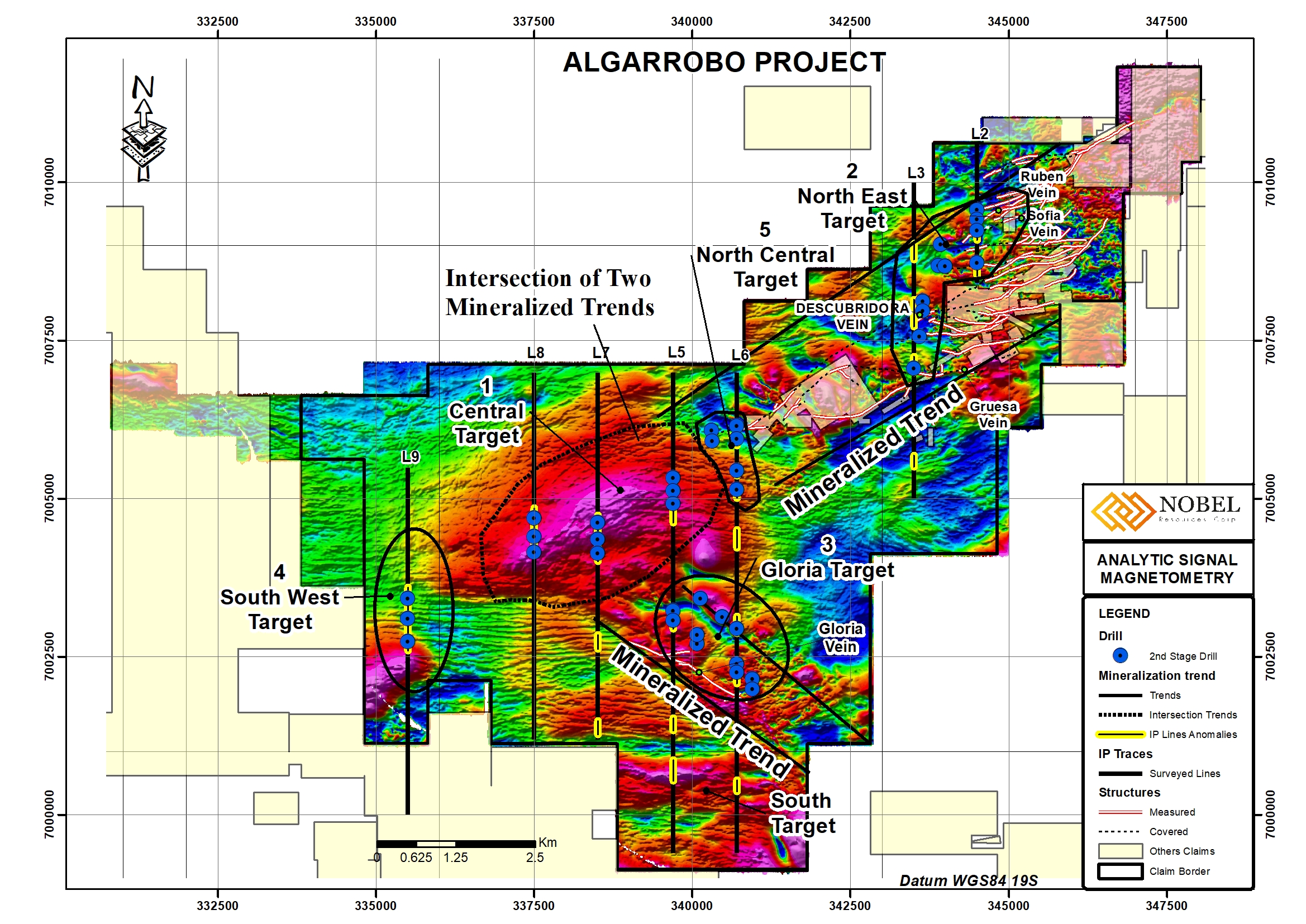 David Gower, P.Geo., CEO of Nobel noted: “The work to date has generated very compelling geophysical anomalies with large scale. Particularly, given the context that there is high grade copper mineralization that extends for kilometers in the vicinity of these anomalies. It is unusual in my experience to be doing the basic geological and geophysical surveys in an area with so much evidence of extensive copper mineralization, and located within the Chilean copper belt, one of the most prolific copper producing areas in the world.”

Vernon Arseneau, P.Geo, COO of Nobel stated: “The geophysical surveys have identified high priority targets where large scale magnetic features are directly coincident with IP anomalies comprising chargeability highs and resistivity lows which is the correct response for a mineralized system with large scale potential. We expect to be coring on September 10, 2021. We are mobilizing a track-mounted diamond drill that is capable of traversing the sandy terrain in the dune covered area at the central target.”

Nobel is pleased to announce that it has entered into an agreement with Clarus Securities Inc. as lead agent on behalf of a syndicate of agents (collectively, the “Agents”), whereby the Agents will raise up to C$3,500,000 (the “Offering”) of units (the “Units”) to be priced at C$0.45 per Unit. Each Unit is comprised of one common share in the capital of the Company (“Common Share”) and one half of one Common Share purchase warrant (each whole warrant, a “Warrant”). Each Warrant will entitle the holder to purchase one Common Share at an exercise price of $0.60 for 36 months following the completion of the Offering.

The Company also intends to undertake, concurrently with the Offering, a non-brokered private placement of Units for additional aggregate gross proceeds of up to C$1,500,000 on the same terms as the Offering (the “Non-Brokered Offering”, and together with the Offering, the “Offerings”).

The proceeds raised from the Offerings will be used by the Company for exploration and for general corporate purposes.

Nobel Resources has the right to acquire 100% interest in the Algarrobo Iron Oxide Copper Gold Ore (IOCG), a potential IOCG style high grade copper property in Chile. The country is a top mining jurisdiction as it is strategically located within 25 km from port and has world-class IOCG deposits within the Major Candelaria belt. Chile’s mining capabilities benefit from close to surface, high grade mineralization within the mining face and has the necessary permitting in place.

The scientific and technical information in this news release has been reviewed and approved by Mr. Vernon Arseneau, P.Geo, and Mr. David Gower P.Geo., Qualified Persons as defined by National Instrument 43-101 of the Canadian Securities Administrators.